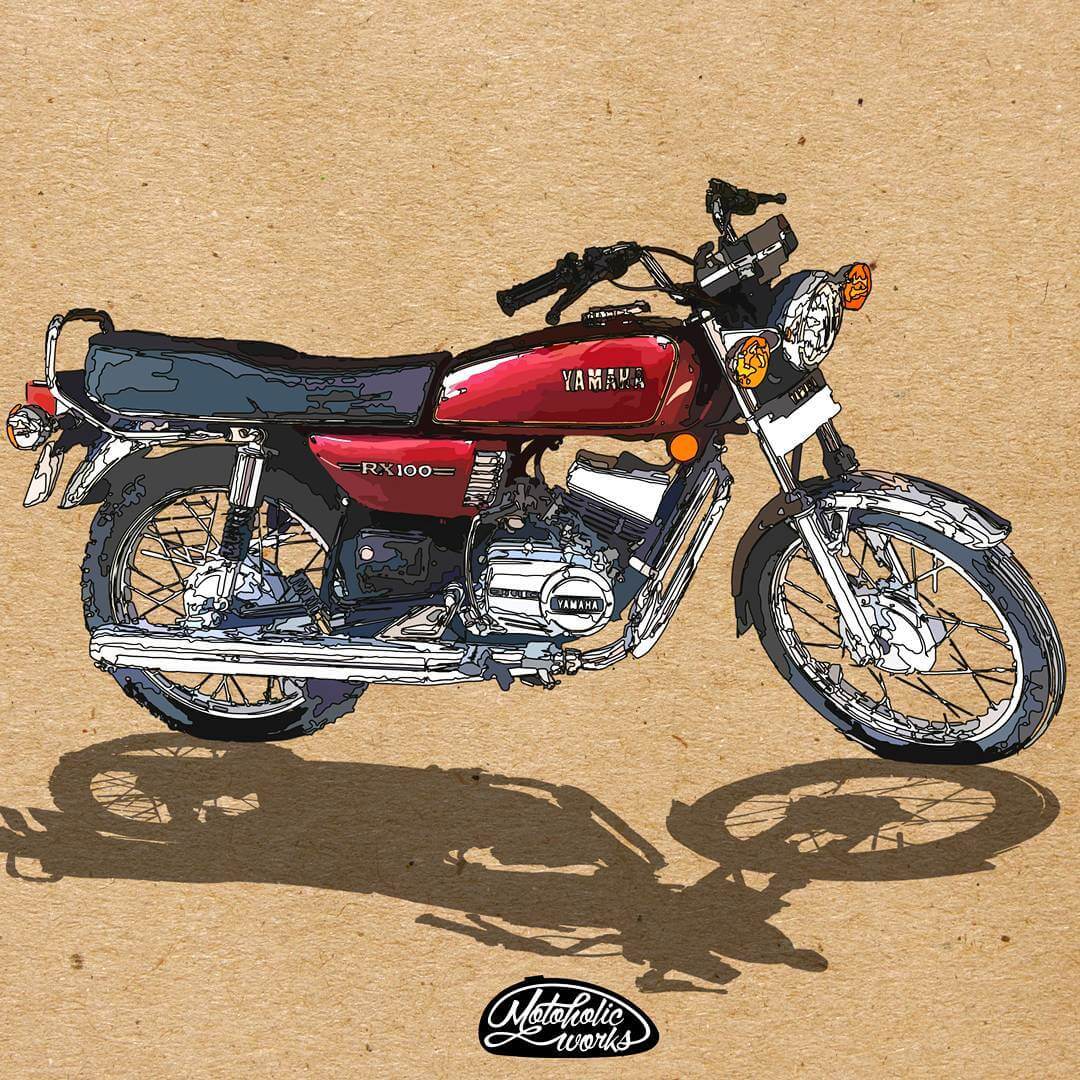 Let’s admit it, Yamaha RX 100 was a legend. It was one of those motorcycles which could put a big smile on anybody’s face.
The legacy of the RX 100 still remains, as it has become a classic cult. People still want to own the RX 100, and custom bike makers still love to experiment with the bike. This amazing artwork belongs to – Motoholicworks
Manufactured in 1985, the RX 100 delivered much more raw power than anyone could expect from a 100cc.
A thing of beauty for the onlookers, the RX  was the most torquey 100 cc motorcycle.
The ergonomics were pretty straight forward and allowed easy riding. The exhaust note was throaty enough to make the adrenaline flow, as the speedometer climb.
The motorcycle evoked the true feeling of freedom, and the desire to go faster.

But as you may have heard, there are some rumours about the RX 100

We are sure you must’ve heard that Yamaha RX 100 was the favourite motorcycle of kidnappers, robbers and chain snatchers. Haven’t you? This is mostly said because the RX had a solid pickup which made it easy for chain snatchers to get away fast.

While there are cases where the RX 100 was used for kidnapping and robbery, we can still call it a rumour as robbery can take place on any bike. Or maybe gangsters chose it because it was fast and economical?

This rumour has been around for quite a long time now, people keep on asking when will the RX 200 will be launched, but the fact is it is NOT going to be launched. Yamaha Motors officially confirmed that they do not plan to bring the RX to India in future. They already have a great lineup of motorcycles in the smaller section like the Yamaha R15 V3, Fz-16, and MT-15

3. RX 100 was banned in India because it was used by chain snatchers and kidnappers.

Some people believe that the RX 100 was banned by the Indian Government because incidents like chain snatching and robbery on an RX 100 were increasing. This is entirely false and stupid. RX 100 was discontinued because it was not able to meet the emission norms, like most of the 2 stroke motorcycles.

Yamaha RX 100 was a fast motorcycle, no doubt about it, but it wasn’t fast enough to reach 140 kmph. This rumour is completely false, the RX was too light to be stable at such high speeds. It was capable of achieving a top speed of 120 kmph, though.

Have you ridden an RX  before? We are sure you would want to ride it after reading these facts and rumours.

The Foolproof Guide for a Ladakh Motorcycle Tour 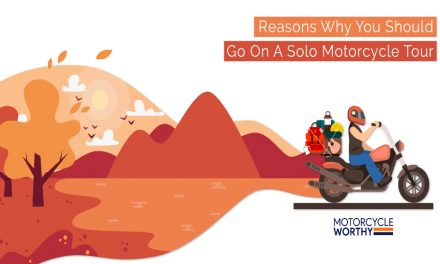 10 Satisfying Reasons To Go On A Solo Motorcycle Tour.